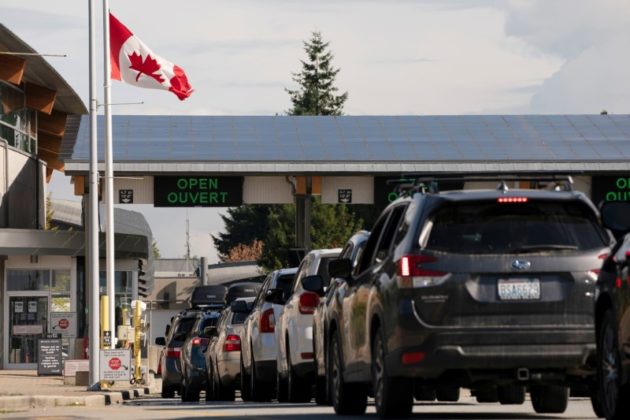 WASHINGTON (Reuters) -The United States on Friday extended the closure of its land borders with Canada and Mexico to non-essential travel such as tourism through Sept. 21 despite Ottawa’s decision to open its border to vaccinated Americans.

The latest 30-day extension by the Department of Homeland Security (DHS), came after Canada said in July it would start allowing in fully vaccinated U.S. visitors starting Aug. 9 for non-essential travel after the COVID-19 pandemic prompted a lengthy ban that many businesses have called crippling.

“In coordination with public health and medical experts, DHS continues working closely with its partners across the United States and internationally to determine how to safely and sustainably resume normal travel,” DHS said on Twitter.

The United States has continued to extend the extraordinary restrictions on Canada and Mexico on a monthly basis since March 2020, when they were imposed to address the spread of COVID-19. Reuters reported this week the extension was expected.

The latest restrictions extend the prohibitions beyond the end of the busy U.S. summer tourism season. Airline officials say it will be at least weeks and potentially months before any U.S. travel restrictions are lifted, citing the rising number of COVID-19 cases.

The U.S. land border restrictions do not bar U.S. citizens and lawful permanent residents from returning to the United States.

Separate from the Canada and Mexico land border restrictions, the United States bars most non-U.S. citizens who within the last 14 days have been in the United Kingdom, the 26 Schengen countries in Europe without border controls, Ireland, China, India, South Africa, Iran and Brazil.

The White House confirmed on Aug. 5 it may require visitors from abroad to be vaccinated as part of its plans to eventually reopen international travel but it had yet to decide and would not immediately lift restrictions.

The White House in June launched interagency working groups with the European Union, Britain, Canada and Mexico to look at how eventually to lift travel and border restrictions.