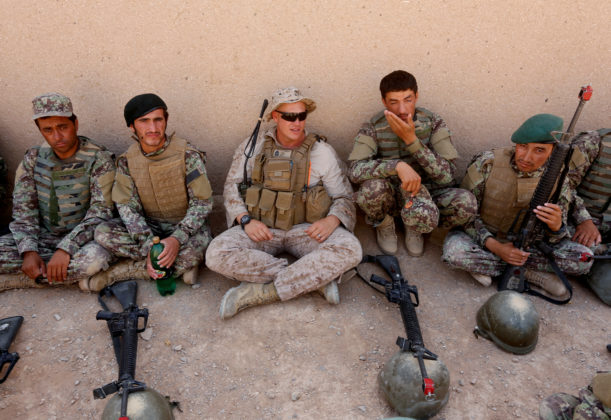 WASHINGTON (Reuters) – President Donald Trump will sharply reduce the number of U.S. forces in Afghanistan from 4,500 to 2,500 by mid-January, the Pentagon announced on Tuesday, stopping short of a full withdrawal from America’s longest war.

Trump’s decision to limit himself to a partial withdrawal was first reported by Reuters on Monday and triggered a rebuke from senior Republicans who fear it will undermine security and hurt fragile peace talks with the Taliban.

Acting Defense Secretary Christopher Miller, who Trump installed last week after abruptly firing Mark Esper, confirmed the Afghan drawdown and also outlined a modest withdrawal of forces from Iraq that will reduce troop levels there from 3,000 to 2,500.

“This is consistent with our established plans and strategic objectives, supported by the American people, and does not equate to a change in U.S. policy or objectives.”

Moments later, the top Republican in the Senate, Majority Leader Mitch McConnell, warned against any major changes in U.S. defense or foreign policy in the next couple of months – including any precipitous troop drawdowns in Afghanistan and Iraq.

“It is extremely important here in the next couple of months not to have any earthshaking changes in regard to defense or foreign policy,” McConnell told reporters.

Trump is due to leave office on Jan. 20 after losing this month’s presidential election to Democrat Joe Biden. He has launched legal challenges to vote counts in some swing states which he says were fraudulent but legal experts give him little chance of success.

The top Republican on the House of Representatives Armed Services Committee, Rep. Mac Thornberry also slammed the troop cut as a “mistake.”

“Further reductions in Afghanistan will also undercut negotiations there; the Taliban has done nothing – met no condition – that would justify this cut,” Thornberry said.

U.S. and Afghan officials are warning of troubling levels of violence by Taliban insurgents and persistent Taliban links to al Qaeda.

It was those ties that triggered U.S. military intervention in 2001 following the al Qaeda Sept. 11 attacks on the United States. Thousands of American and allied troops have died in fighting in Afghanistan.

Some U.S. military officials had been urging Trump to keep U.S. troop levels at around 4,500 for now.

But the withdrawal stops short of his pledge on Oct. 7, when Trump said on Twitter: “We should have the small remaining number of our BRAVE Men and Women serving in Afghanistan home by Christmas!”

Rick Olson, a former U.S. special envoy for Afghanistan and Pakistan, said that the remaining 2,500 troops still give the United States some leverage in advancing the peace process, but “it would have been better to have left them at 4,500.”

“Zero would have been truly awful, while 2,500 is maybe okay, but it’s probably not very stable,” he said. “I would say 2,500 is probably stable as long as the U.S.-Taliban peace holds. But that may not happen because the Taliban have not done a reduction in violence, as they committed to do.”

Ronald Neumann, a former U.S. ambassador to Kabul, cautioned that “if we are pulling out faster than the withdrawal schedule, there’s no incentive for the Taliban to negotiate.”

The withdrawals could hand Biden a new set of challenges when he takes office on Jan. 20.

Taliban militants, fighting against the U.S.-backed government in Kabul, have called on the United States to stick to a February agreement with the Trump administration to withdraw U.S. troops by May, subject to certain security guarantees.

Violence has been rising throughout Afghanistan, with the Taliban attacking provincial capitals, in some case prompting U.S. airstrikes.