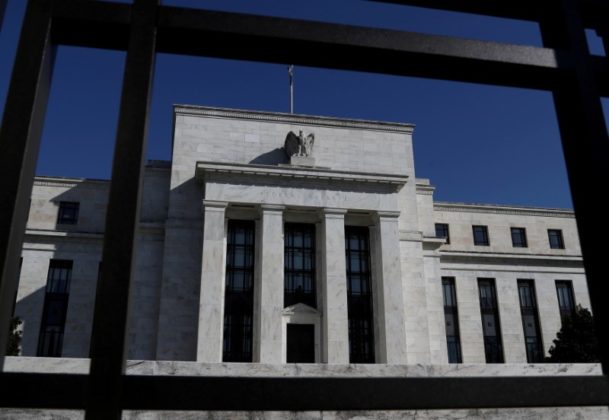 NEW YORK (Reuters) – From lumber prices to wages and inventories: Reading the clues around inflation has turned into an investor obsession.

The combination of supply bottlenecks from the reopening of the global economy and the resumption of economic growth sent consumer prices in May up by the largest annual jump in nearly 13 years. Employers are raising wages as they compete for scarce workers while retailers have limited inventories because of shipping and production delays.

As investors assess the risks of rising prices to financial markets, however, some think the biggest gains in inflation are already in the rear-view mirror. That is in line with the Federal Reserve’s notion that inflation will be “transitory.”

The Fed meets on Tuesday and Wednesday, and investors will parse every word of its post-meeting statement.

The Fed has been buying $80 billion in Treasuries and $40 billion in mortgage-backed securities monthly, putting downward pressure on longer-term borrowing costs to encourage investment and hiring. Discussions about tapering those purchases are likely at this week’s policy meeting.

“As long as the increase in inflation is modest, stocks could continue to move higher,” said Russ Koesterich, portfolio manager of the $27.6 billion BlackRock Global Allocation Fund.

Koesterich thinks inflation will likely run above trend lines well into 2022 given the bottlenecks in global supply chains. Yet disinflationary forces such as an aging global population and gains in efficiency due to technology will keep a lid on “any 1970’s-style inflation scare,” he said.

Investors who bet on inflation typically move into groups better-positioned to weather price rises, like materials and energy and companies with pricing power. Value stocks, in contrast, benefit from a broad economic recovery that does not become weighed down by steeply rising prices.

Koesterich said his fund has been decreasing its positions in growth stocks like technology and adding to industrials and European banks.

Jeff Mayberry, portfolio manager of the DoubleLine Strategic Commodity fund, thinks May’s inflation numbers will be the highest for the remainder of the year and remains bullish on oil, which hit a multi-year high on Friday. He sees the commodity benefiting from economic growth.

“The market was looking for a reason for inflation to be transitory and they got it,” Mayberry said of May’s inflation number, noting that some of the larger contributors came from short-term factors such as a spike in the price of rental cars.

Ernesto Ramos, chief investment officer at BMO Global Asset Management, also sees price rises as transitory. He cites a drop in lumber prices from May’s high that suggests supply chain bottlenecks will subside and “give us another reason to believe that inflation will remain under control.” Lumber prices are down more than 40% from record highs hit in early May.

While the majority of investors believe inflation is transitory, according to a Bank of America fund manager survey, worries remain.

“Inflation has been the most discussed topic with clients for weeks, bordering on obsession,” wrote analysts at Morgan Stanley led by Michael Wilson. Those analysts think the rate of change on inflation is peaking.

Greg Wilensky, head of U.S. Fixed Income at Janus Henderson, said he has been buying more Treasury-Inflation Protected Securities as the break-even rate – a measure of expected inflation in the bond market – has retreated to near its February levels.

While he is not “changing my base case” that high inflation will prove to be transitory, “the risks around the base case continue to skew toward the upside on inflation,” given the persistent difficulties companies are having hiring lower-paid workers, Wilensky said.

The Fed’s statement could give important clues.

“I’m going to watch the Fed on Wednesday and if they treat these numbers with nonchalance it is a green light to bet heavily on the inflation trade,” Paul Tudor Jones of Tudor Investment Corp told CNBC on Monday. He said he would be “really concerned arguing that inflation is transitory” with inventories at a “record low” while demand is “screaming.”

Morgan Stanley Chief Executive James Gorman told CNBC on Monday that “my gut tells me that this economy is recovering faster, inflation is moving quicker and inflation may not be as transitory as we all expect.” He cited the global economic recovery and record levels of fiscal and monetary support.

“Even if investors disagree with the Fed’s often-stated mantra that inflation is just transitory, they have learned to respect the massive influence the world’s most powerful central bank has when possessing such conviction that is not even ‘thinking about thinking’ about easing its foot off the stimulus accelerator,” said Mohamed El-Erian, chief economic adviser at Allianz. “The resulting comfort with continued ultra-loose financial conditions is supportive in the short run of elevated stock prices and low yields.”