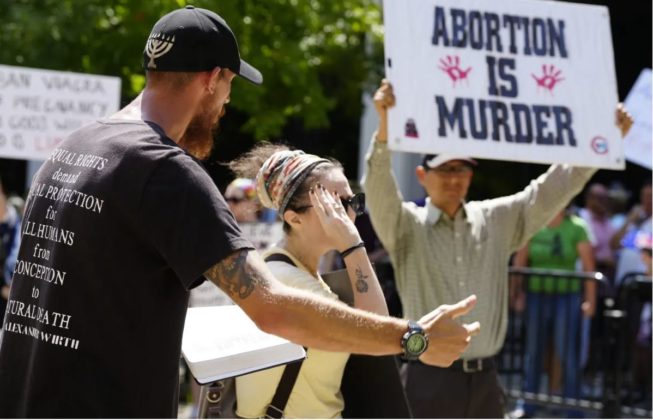 Abortion opponent Alexander Wirth, left, reads from the Bible as he's confronted by a woman supporting abortion rights, center, outside the South Carolina Statehouse on Thursday, July 7, 2022, in Columbia, S.C. Protesters clashed outside a legislative building, where lawmakers were taking testimony as they consider new restrictions on abortion in the wake of the U.S. Supreme Court's decision overturning of Roe v. Wade. (AP Photo/Meg Kinnard)

Revelations 2:5 “Remember therefore from where you have fallen; repent, and do the works you did at first. If not, I will come to you and remove your lampstand from its place, unless you repent.