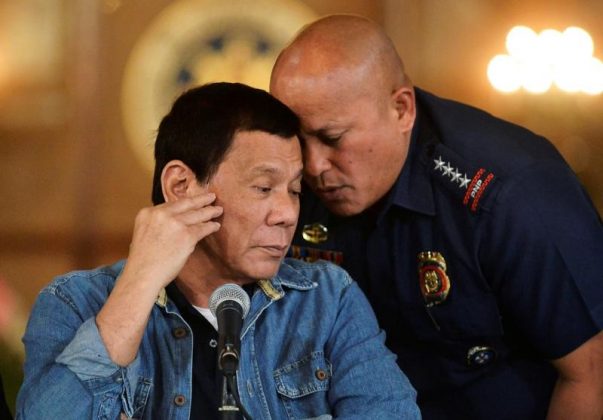 Presidential spokesman Harry Roque said Duterte had ordered the army and police to suspend offensive operations from Dec. 24 to Jan. 2 “to lessen the apprehension of the public this Christmas season”.

He said he expected the Maoists and their political leaders to “do a similar gesture of goodwill.”

There was no immediate comment from the communist rebel movement, whose top leaders and negotiators have been living in exile in The Netherlands since the late 1980s.

Duterte restarted a stalled peace process and freed several communist leaders as a gesture of good faith when he came to office last year but he recently abandoned talks due to escalating rebel attacks.

He has vented his fury on a near-daily basis at what he considers duplicity by the Communist Party of the Philippines (CPP) and its armed wing, the New People’s Army (NPA). He has collectively declared them a “terrorist organization” and has ended the three-decades peace process.

The rebel forces, estimated to number around 3,000, have been waging a protracted guerrilla warfare in the countryside for nearly 50 years in a conflict that has killed more than 40,000 people and stifled growth in resource-rich areas of the Philippines.

Duterte on Tuesday night said he only wanted Filipinos to celebrate a “stress-free” Christmas.

“I do not want to add more strain to what people are now suffering,” he told reporters.

One thought on “Philippine leader declares unilateral ceasefire for Christmas”