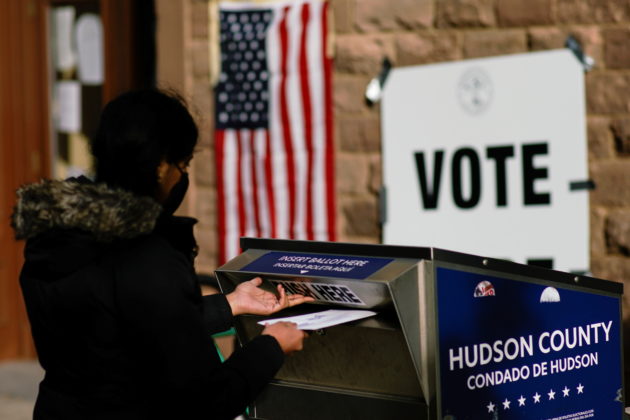 By Peter Szekely and Sharon Bernstein

(Reuters) – Voters in New Jersey and Arizona legalized marijuana for recreational use on Tuesday, and in Oregon approved the country’s first therapeutic use for psilocybin, the hallucinogenic drug known as magic mushrooms.

The measures were among at least 124 statutory and constitutional questions put to voters this year in 32 U.S. states and the District of Columbia, according to the National Conference of State Legislatures (NCSL).

Here are some of the key results and projections from the ballots, which covered topics such as elections, abortion rights and taxes:

Since 1996, 33 other states and the District of Columbia have allowed medical marijuana, 11 had previously approved its recreational use and 16, including some medical marijuana states, have decriminalized simple possession, according to the National Organization for the Reform of Marijuana Laws.

PSILOCYBIN, AKA MAGIC MUSHROOMSPsilocybin, a hallucinogen also known in its raw form as magic mushrooms, was approved by Oregon voters for therapeutic use for adults. Backers of the Psilocybin Services Act cited research showing benefits of the drug as a treatment for anxiety disorders and other mental health conditions. The measure will set a schedule to further consider the matter and create a regulatory structure for it.

In a related measure, Washington, D.C., voters approved Initiative 81, which directs police to rank “entheogenic plants and fungi,” including psilocybin and mescaline, among its lowest enforcement priorities.

MINIMUM WAGE Voters in Florida approved a measure to amend the state constitution to gradually increase its $8.56 per hour minimum wage to $15 by Sept. 30, 2026.

CALIFORNIA GIG WORKERS California voters approved a measure that would exempt ride-share and delivery drivers from a state law that makes them employees, not contractors, according to Edison Research. The measure, Proposition 22, is the first gig-economy question to go before statewide voters in a campaign. Backers, including Uber Technologies Inc and Lyft Inc, spent more than $190 million on their campaign, making the year’s costliest ballot measure, according to Ballotpedia.

Colorado voters rejected a measure to ban abortions, except those needed to save the life of the mother, after 22 weeks of pregnancy.

California approved a measure to restore the right to vote to parolees convicted of felonies.

In California, a proposal to roll back a portion of the state’s landmark Proposition 13 law limiting property taxes was too close to call Tuesday night. The measure, Proposition 15 on the state’s 2020 ballot, would leave in place protections for residential properties, but raise taxes on commercial properties worth more than $3 million. With about 80% of precincts partially reporting at 12:30 a.m. Pacific Time, the measure was slightly behind, with 51.5% of voters opposed to it and 48.5% in favor.

(Reporting by Peter Szekely in New York and Sharon Bernstein in Sacramento; Editing by Lincoln Feast and Philippa Fletcher)