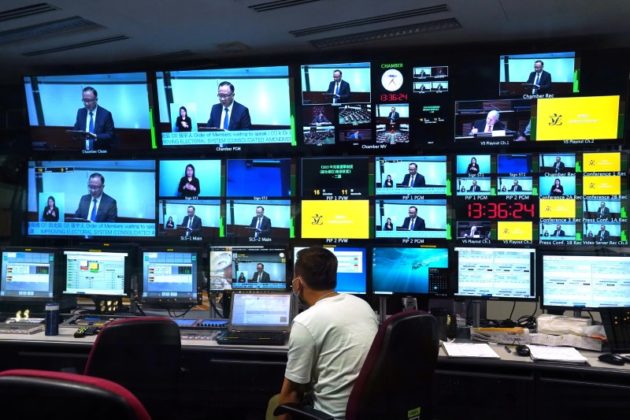 Live footage of the meeting to debate on electoral reform bill is seen on the screens inside a control room at Legislative Council in Hong Kong, China 26 May, 2021. REUTERS/Lam Yik