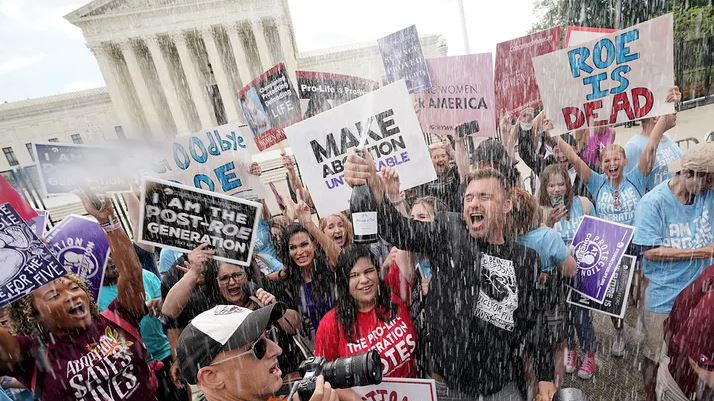 A celebration outside the Supreme Court, Friday, June 24, 2022, in Washington. (AP Photo/Steve Helber)