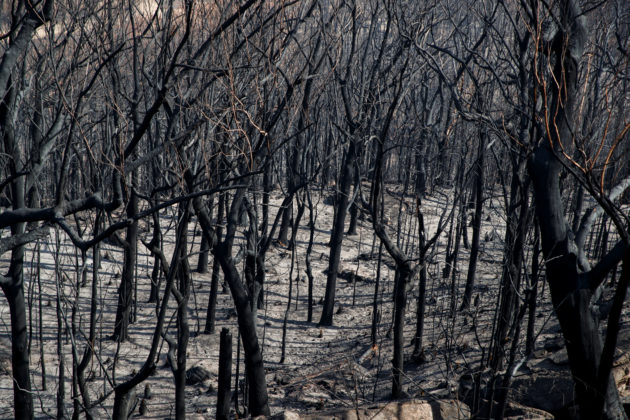 SYDNEY (Reuters) – Swathes of southeast Australia were bracing on Thursday for a days-long heatwave that threatens to stoke bushfires that have been burning for months.

As firefighters and residents prepared for the heightened danger, the New South Wales (NSW) state government launched a six-month inquiry to examine both the causes of and response to this season’s deadly wildfires.

“We don’t want to waste the opportunity to take on board any recommendations we need to adopt ahead of the bushfire season this year … as we approach summer of 2021,” said Gladys Berejiklian, the premier of NSW.

NSW state has been one of the hardest hit by bushfires, which started earlier than usual in September. The blazes have burnt out more than 11.7 million hectares (117,000 sq km) across Australia’s most populous states, killing at least 33 people and about 1 billion animals, and destroying 2,500 homes.

Fire danger warnings were issued on Thursday for several areas in South Australia state, where temperatures were forecast to exceed 40 degrees Celsius (104 Fahrenheit) and winds were expected to reach 35 kph (22 mph).

Among them was Kangaroo Island, a popular tourist destination that has already been razed by fires that killed two people. After a day of heat, by early evening no new fires had emerged.

“On Friday, there will also be hot and windy conditions, however, some parts of the Island may experience rainfall from mid-morning,” the state’s fire service said.

“A total Fire Ban is in place on the island, with a rating of SEVERE.”

In Victoria state, authorities issued a watch and act warning for people near Bendoc in the Snowy Mountains close to the New South Wales border.

“Don’t wait, leaving now is the safest option – conditions may change and get worse very quickly. Emergency Services may not be able to help you if you decide to stay,” emergency services officials said.

The severe heat and high winds are forecast to hit NSW and Victoria states from Friday threatening to spark new life into some of the 87 fires burning across the three states or create new blazes.

Australia’s dangerous summer weather has largely been driven by temperature variations in the Indian Ocean, which the country’s weather bureau said on Thursday were likely to keep conditions hot and dry until March.

“Our local crews have been actively involved in firefighting since August and we are still long way from being out of the woods, so we are talking six or seven months of firefighting,” Webster told the Australian Broadcasting Corp.

Here are Thursday’s key events in the bushfire crisis:

* There were five fires burning in the state of South Australia, 64 in New South Wales and 18 in Victoria.

* Berejiklian, firefighting officials and family of three U.S. firefighters killed in a plane crash in remote bushland last week, attended a memorial service where members of the aviation community paid their respects.

* Three firefighters who were trying to contain blazes in the Orroral Valley near Canberra were reported injured after a tree fell on their truck on Wednesday night, the ABC reported. Officials in the capital did not immediately return requests for information.