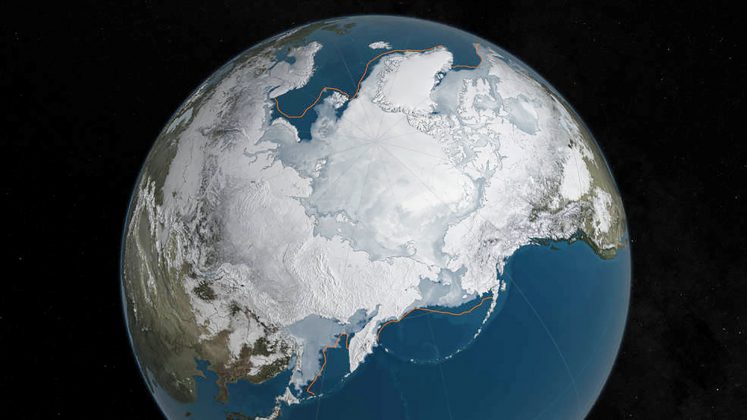 OSLO (Reuters) – Natural swings in the Arctic climate have caused up to half the precipitous losses of sea ice around the North Pole in recent decades, with the rest driven by man-made global warming, scientists said on Monday.

The study indicates that an ice-free Arctic Ocean, often feared to be just years away, in one of the starkest signs of man-made global warming, could be delayed if nature swings back to a cooler mode.

Natural variations in the Arctic climate “may be responsible for about 30–50 percent of the overall decline in September sea ice since 1979,” the U.S.-based team of scientists wrote in the journal Nature Climate Change.

Sea ice has shrunk steadily and hit a record low in September 2012 — late summer in the Arctic — in satellite records dating back to 1979.

The ice is now around the smallest for mid-March, rivaling winter lows set in 2016 and 2015.

The study, separating man-made from natural influences in the Arctic atmospheric circulation, said that a decades-long natural warming of the Arctic climate might be tied to shifts as far away as the tropical Pacific Ocean.

“If this natural mode would stop or reverse in the near future, we would see a slow-down of the recent fast melting trend, or even a recovery of sea ice,” said lead author Qinghua Ding, of the University of California, Santa Barbara.

But in the long term the build-up of man-made greenhouse gases would become an ever more overwhelming factor, he wrote in an e-mail.

“Looking ahead, it is still a matter of when, rather than if, the Arctic will become ice-free in summer,” said Ed Hawkins, of the University of Reading, who was not involved in the study. 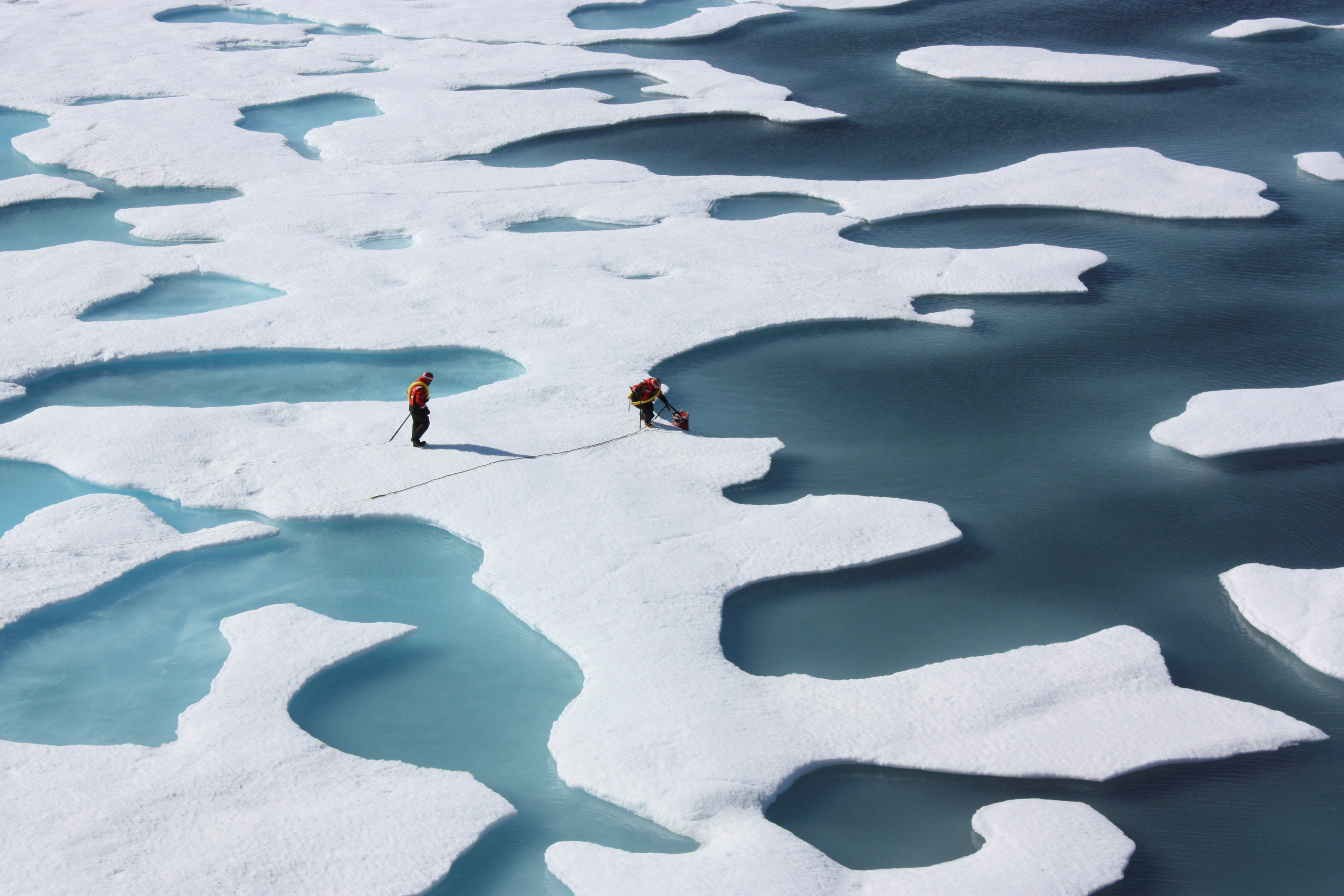 FILE PHOTO: The crew of the U.S. Coast Guard Cutter Healy, in the midst of their ICESCAPE mission, retrieves supplies for some mid-mission fixes dropped by parachute from a C-130 in the Arctic Ocean in this July 12, 2011 NASA handout photo obtained by Reuters June 11, 2012. NASA/Kathryn Hansen/Handout via REUTERS/File Photo

The melt of the Arctic is disrupting the livelihoods of indigenous peoples and damaging wildlife such as polar bears and seals while opening the region to more oil and gas and shipping.

Professor Andrew Shepherd, of Leeds University, who did not participate in the study, welcomed it as pinning down the relative shares of natural and man-made influences. “Nobody’s done this attribution before,” he said.

The findings could help narrow down huge uncertainties about when the ice will vanish.

In 2013, a U.N. panel of climate scientists merely said human influences had “very likely contributed” to the loss of Arctic ice, without estimating how much. It said that the ice could disappear by mid-century if emissions keep rising.