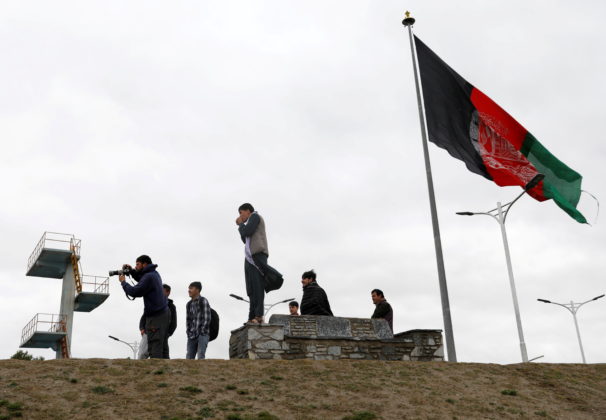 KABUL (Reuters) – U.S. President Joe Biden’s announced pullout of troops from Afghanistan by Sept. 11 has jeopardized Washington’s push for peace with Taliban Islamists and increased the chances of an upsurge in violence, sources say.

Biden announced the withdrawal, pushed back from a May 1 deadline agreed with the Taliban, without buy-in from the insurgents, sources involved in the discussions told Reuters.

The decision was signaled just hours after Turkey announced dates for a crucial peace summit on April 24, which the Taliban had also not yet agreed on.

The Taliban then announced they were shunning the summit while troops remained, throwing the process into disarray.

“Biden’s announcement decreases any leverage the international community has left over them, and helps the Taliban justify refusing to attend,” said Ashley Jackson of the Overseas Development Institute (ODI).

One official whose country is involved in the peace process said the Taliban’s negotiating position had become much stronger and chances of progress were slim.

“What do the Taliban get out of the Turkey summit? They need something tangible,” he said. “It’s difficult to bring them to a negotiation table where they know they will have to make painful compromises.”

“Of course we won and America lost the long…war,” said Quraishi, a Taliban commander in eastern Logar province. “There is no bigger happiness than hearing that the invaders are packing their bags.”

In recent weeks, Washington raced to get agreement on a ceasefire and an interim government, and to get the Taliban onboard with a deadline extension, officials said.

Biden’s decision on the extension and the Taliban’s reaction have sparked more frantic behind-the-scenes negotiations.

The sources said Washington was urging Qatar and Pakistan, which have long-standing ties within the Taliban, to pressure the militants to come back to the table.

“When our leadership refused to go (to Turkey), then Pakistani authorities asked us to send Mullah Yaqoob. When he refused, they proposed Sirajuddin Haqqani but he too is unwilling,” one source said, referring to the Taliban’s military chief and their deputy leader.

Pakistan’s foreign office and Qatar’s government did not respond to requests for comment.

Taliban spokesman Mohammad Naeem denied there was any pressure.

In a statement on Thursday, Pakistan said it would “continue to work together with the international community in efforts for lasting peace and stability in Afghanistan.”

A U.S. State Department spokesperson said: “We continue to put the full weight of our government behind diplomatic efforts to reach a peace agreement…and encourage Afghanistan’s neighbors and countries in the region to do the same.”

“The withdrawal announcement will certainly embolden the Taliban to increase attacks but it will also embolden President Ghani’s position not to step down,” the official said of the proposal to replace Ghani’s administration with an interim government.

Security and diplomatic officials warned that violence would escalate if talks fell apart. The Taliban ruled Afghanistan from 1996 to 2001 when they were ousted by U.S.-led forces, but they still control wide areas.

A senior Western official in Kabul said military bases were being revamped and air strikes had been conducted by the Afghan Air Force in recent days to put pressure on the Taliban.

Four Taliban military and political leaders said they too had already prepared for war, realizing that foreign forces were unlikely to leave.

Though many experts and officials warned the U.S. stance undermined the chance of a peace settlement, some concede that Washington had done all it could.

Two diplomatic sources said a stalemate had become apparent when the Taliban refused to join an interim administration headed by Ghani, who in turn refused to step down without holding elections, a suggestion the insurgents reject.

The U.S. State Department did not comment on the interim government but said any solution must be Afghan-led and owned.

Two sources said discussions have revolved around the set-up of an Islamic jurisprudence council whose decisions by religious scholars could bind the president.

Other concessions discussed, one source added, were whether the Taliban could nominate a president, whether to remove Taliban leaders from international sanctions lists, prisoner releases, and their fighters having status equal to Afghan security forces, without joining them.

Naeem did not confirm or deny discussions over an interim government. He said the release of prisoners and removal from sanctions lists was necessary under their 2020 deal.

Officials say the challenge to get both sides in an interim government was revealed at a conference in Moscow last month.

Deep hostilities became apparent when the delegations gathered. On one occasion, a Taliban leader hissed “traitor” at a politician and former warlord who had once held him captive, people in the room said.

Since the Moscow meeting and as Washington tried to negotiate a troop withdrawal extension, one source said, the Taliban had toughened their stance.

“Their proposals (now) are more like almost a takeover,” said the official whose country is involved in the peace process.

Though the Taliban learned of Biden’s withdrawal decision through media on Tuesday, a Taliban leader said, Washington had already discussed a six-month extension with them, which they had rejected.

“We told them you should call back all your troops and then start shifting logistics later and we guaranteed them of providing protection to their belongings,” another Taliban leader said. “They damaged our trust and now we wouldn’t believe them…until they fulfil their commitment.”

But Rustam Shah Mohmand, a former Pakistani diplomat, said there was hope and the Taliban did not want to lose international recognition.

“Missing the Turkey conference would be a huge mistake,” he said. “It’s the last big effort for peace and stability in Afghanistan and it must not be allowed to fail.”