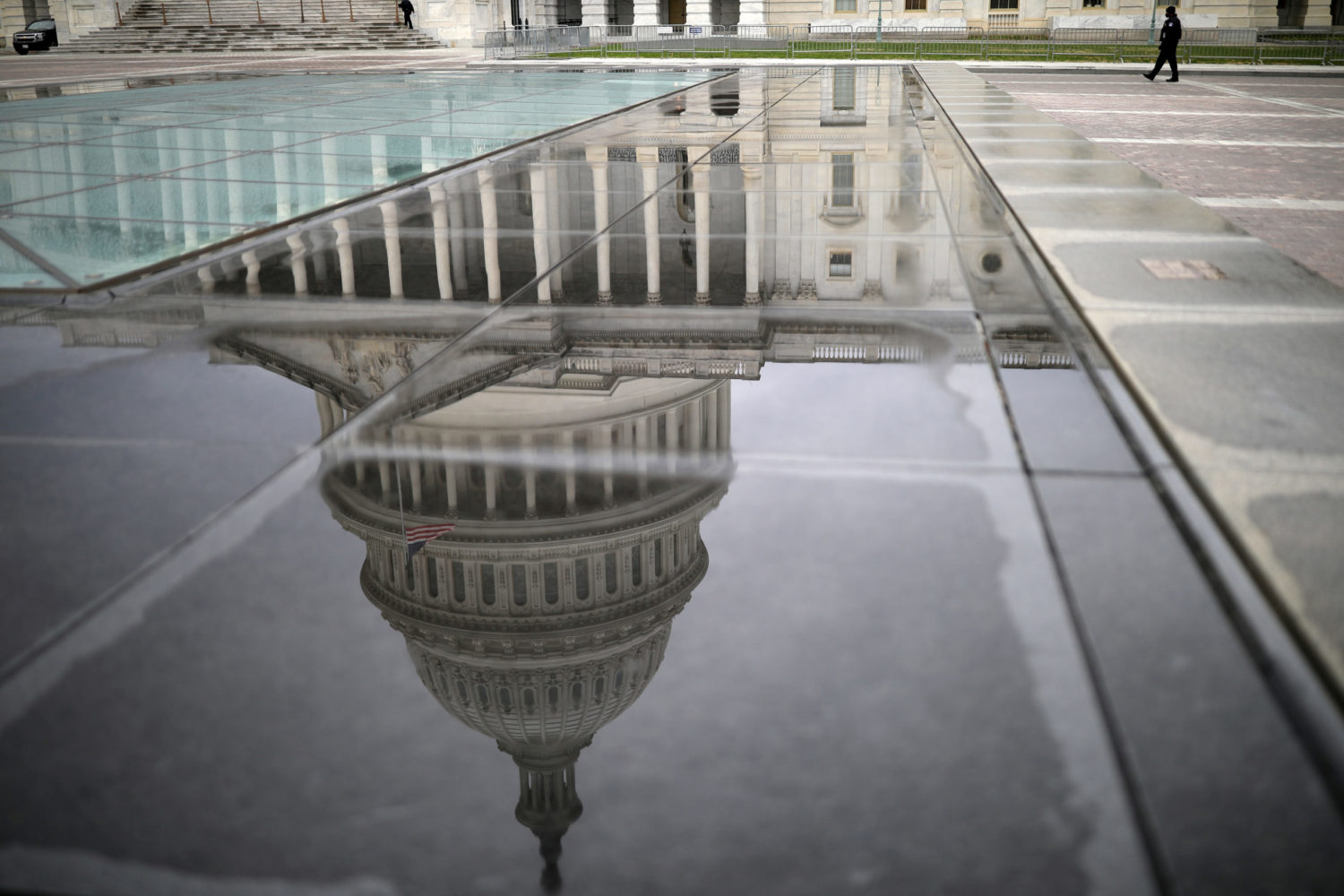 WASHINGTON (Reuters) – The U.S. Congress will try this week to end months of indecision and infighting over the federal government’s budget priorities and coronavirus aid, with more than $2 trillion in funding from Washington potentially at stake.

Lawmakers, facing a midnight Friday deadline, will scurry to put the finishing touches on a $1.4 trillion spending bill for the fiscal year that began Oct. 1.

At stake are funds for federally run programs ranging from healthcare, homeland security and military readiness to foreign aid, national parks and nutrition programs. They have been operating on temporary funding since October.

Without a deal, the government must begin shutting non-emergency programs and furloughing many workers.

Members of the Republican-run Senate and Democratic-led House of Representatives, who fear negotiations could extend through the Christmas holiday, have a second major task: deciding the contours of a coronavirus aid bill that could approach $1 trillion amid a worsening pandemic that has claimed the lives of nearly 300,000 Americans.

Some moderate lawmakers on Sunday dismissed suggestions that a $908 billion bipartisan coronavirus aid proposal was languishing.

“The plan is alive and well and there’s no way, no way that we are going to leave Washington without taking care of the emergency needs of our people,” Democratic Senator Joe Manchin told Fox News, saying the proposal would be introduced formally on Monday.

A person briefed on the matter said the authors now planned to divide the measure into two separate proposals, which could be voted on separately. One would be a $748 billion proposal including small businesses, the jobless and COVID-19 vaccine distribution.

The other would include major sticking points such as coronavirus-related liability protections for business, which are backed by Republicans, and $160 billion for state and local governments, a Democratic priority.

Lawmakers are hoping to attach the aid to the government funding measure.

Local public health agencies worry that without a deal on either of the two bills, they will not have enough money to carry out a massive COVID-19 vaccination program.

The first shipments of Pfizer Inc’s newly approved vaccine were delivered on Sunday.

WHO WINS AND WHO LOSES?

With the twin goals of stimulating the struggling U.S. economy and financing purchases of medical supplies, Democrats and Republicans in Congress are faced with deciding who should receive new help from Washington – beyond over $3 trillion appropriated last spring – and who should not.

Democrats have been pushing hard for aid to state and local governments to insure against laying off more workers, including police, firefighters and emergency medical personnel.

Senate Majority Leader Mitch McConnell, a Republican, dismissed that on Friday as a “preposterous” federal handout for Democratic-leaning states that he says do not need it.

But even some of McConnell’s own Republicans disagreed.

Senator Lisa Murkowski of Alaska told reporters her state’s revenues had seen a 33 percent decline during the pandemic in an economy heavily dependent on summertime tourism.

“We’re a state that is really, really hurting right now,” Murkowski said on Friday, adding that many others are in the same situation.

The House’s No. 2 Democrat, Steny Hoyer, offered a glimmer of hope that a breakthrough might be possible, telling CNN on Sunday that Democrats “are not going to get everything we want. We think state and local (aid) is important. And if we can get that, we want to get it. But we want to get aid out to the people who are really, really struggling and are at grave risk.”

Congress also is divided over whether to do a second round of direct payments to Americans to help stimulate the economy.

“We have a history now of going to the 11th hour and 59th minute on all of this and it’s very unfortunate. That’s where we are,” lamented Republican Senator Pat Roberts, who is retiring at year’s end.