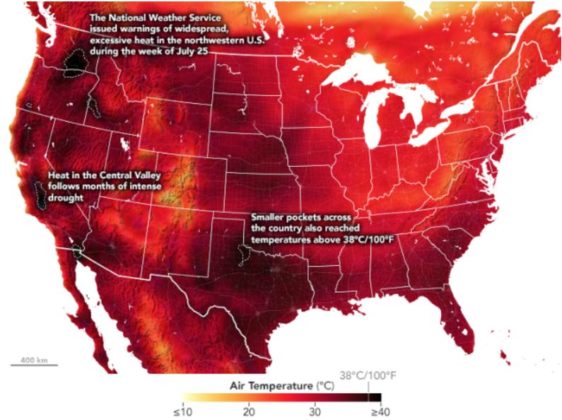 The South, especially Texas, has taken the brunt of summer's heat, recording the hottest July on record.